Before & After, the New Digs 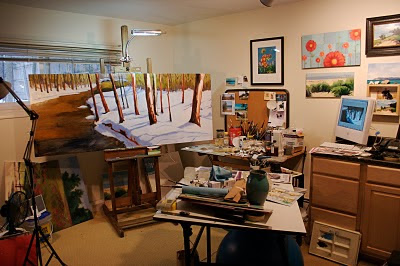 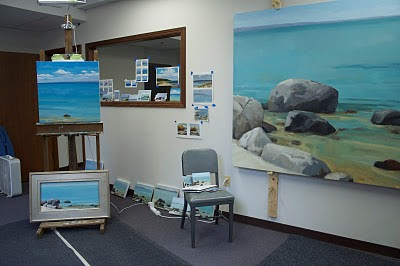 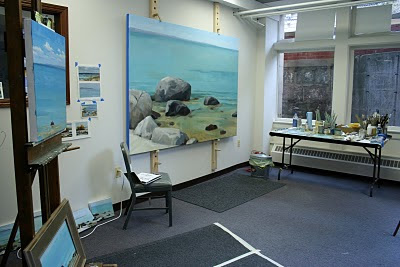 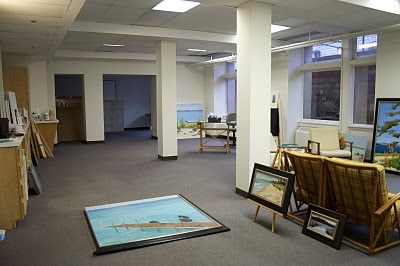 Happening Now or Wrangled into Artprize 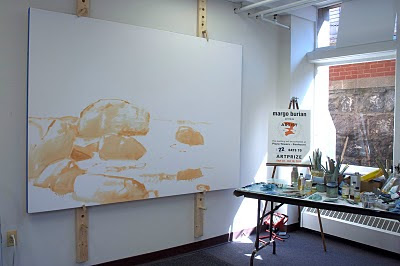 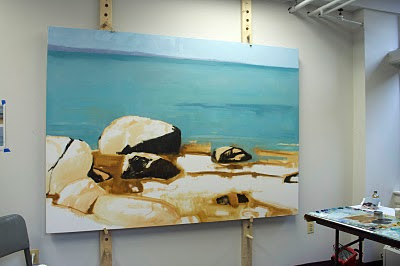 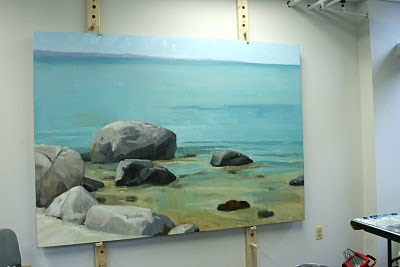 At the beginning of May 2010, I really had no intention of entering into the Artprize fray. But at my nephew's graduation party, fueled along by a couple of glasses of wine served with a tiny bit of arm twisting, I somehow heard the words "yeah sure I'll do it, but I'm going to do a big canvas -7'x 5'. What? Did I truly just commit to doing the event, let alone a 7'x5' painting? Yep, thats what drinking can get you into. Seriously after 40, nothing good happens after 10 p.m.

So I've had this desire to make some bigger paintings for quite some time. Pretty much most of my illustration career has been small format, under 16x20". Its really not feasible to make art much bigger than that when you need to consider that it generally needs to be reproduced and usually you have tight deadlines, small is just more efficient when you work for hire. But painting......thats a whole 'notha thing.

But this big canvas, it opened up a whole new set of problems - like getting them. Cheaper in the long run to buy 2 - 7'x5' canvases rather than one, but more expensive to have it shipped to a residence. Had to ship them to a business address and strap them to the top of the car to get them home. Once home, I realized that the canvas was almost bigger than the space I had to paint them in. Hello new studio space downtown, sweet location!!! Canvases back on to the top of the car to go to their new space. Once at the studio I realized that my easel was not up to the job and Craig came up with this great 2x4 rack system for holding large canvases, that can double as a drying rack. Meanwhile, the pressure of the big white canvas vs the clock has started to set in. The thing needs to be dry, (well mostly) and installed by September 21.
Posted by Margo Burian at 4:32 PM 7 comments: